Walking in the Gothic Quarter near Plaza Sant Jaume and the Cathedral, it’s quite easy to miss the restaurant I am now a fan of.  I had noticed it a few months back because of the huge line leading out the door, but like usual, assumed I couldn’t eat there.  I thought it was a pizza by the slice kind of joint, but boy was I wrong.  Conesa- Artesanos del Bocadillo, has been in existence for 60 years now, and their popularity doesn’t seem to be waning. 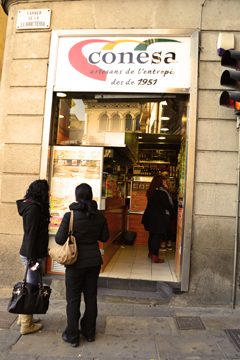 They are serving up traditional Spanish sandwiches called bocadillos, both cold and hot.   Bocadillos are generally served on a baguette with a thin layer of meat and/or a few vegetables in the center.  They are usually served dry, but the restaurant provides a condiment area for you to dress them up on your own.  They also have a few modern options like a wasabi chicken bocadillo that has its own garlic aioli sauce, or others that are served on focaccia bread. The most important of all though is that they serve gluten-free bocadillos!  The bread looks just like their normal baguette, crispy on the outside and fluffy on the inside.  They take a few minutes longer to prepare since they are doing it in a cleaned, separate part of the kitchen.  I think its worth the wait to know the employees take the allergy seriously.  They charge 75 cents extra for the GF option, but that only increases their already low prices slightly.  Most bocadillos run between 3.00 and 5.00 euros.  They also offer a menu del dia, which includes an appetizer, bocadillo, and drink for around 5.50. 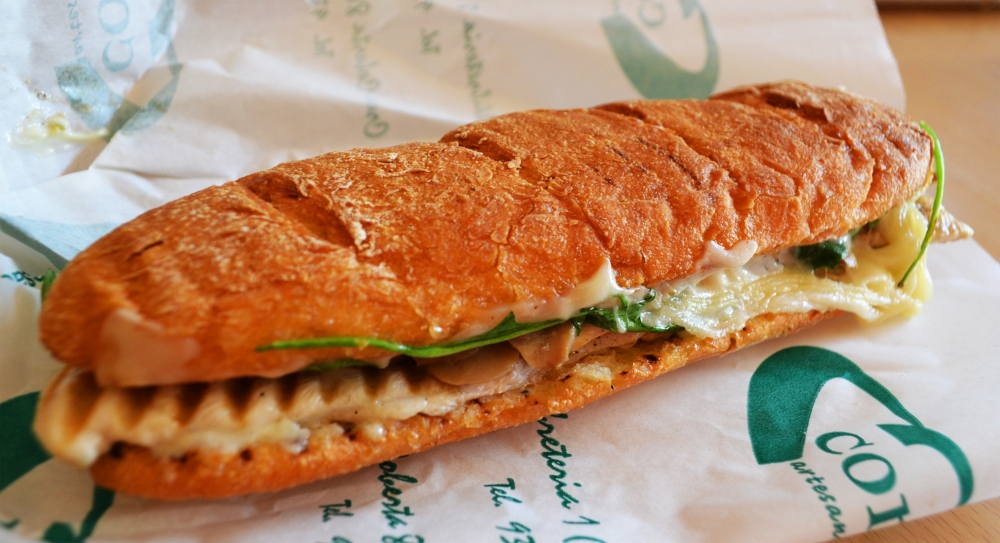 The restaurant in the Gothic is quite small.  There are very few seats for eating in and the place itself has 60+ years of history.  We discovered their second shop in the Sants / Hostafrancs neighborhood, and  since this is closer to our house, we have made it a regular pit stop.  The second shop is newer, has more seating, and has better overall quality of food.  Service in both shops can be hit or miss, depending on how busy they are at the time.  Basically, for a quick sandwich, I don’t expect fine dining atmosphere and service. 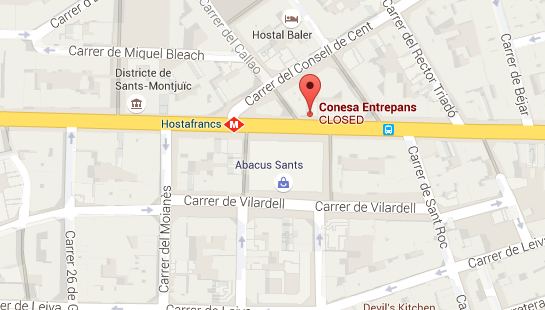 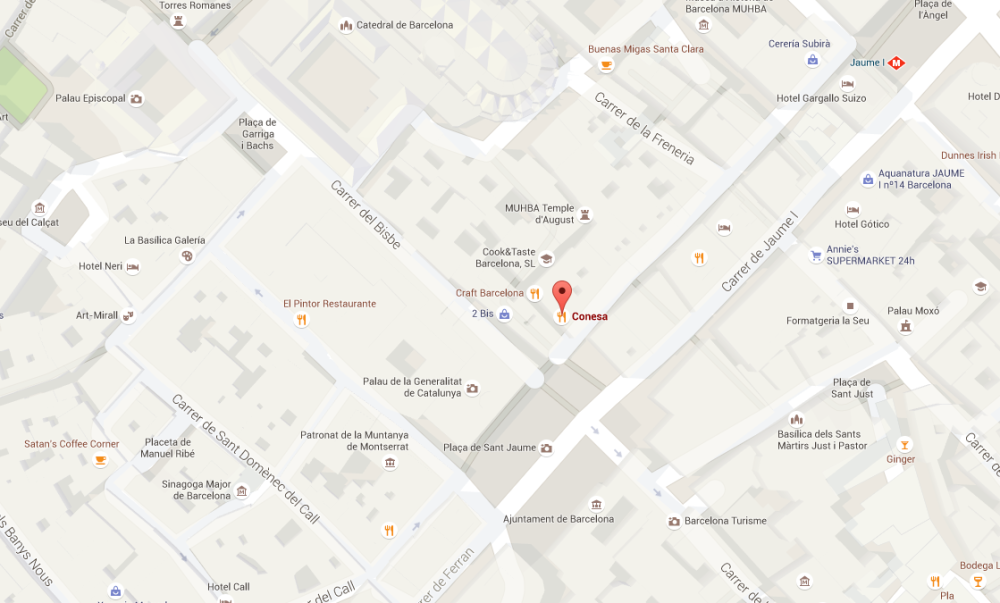